American Worldwide Academy in partnership with American Group International School.  Wants to give you success and…… 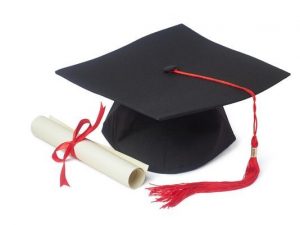 All the students will learn English and be required to take an English Exam. We will not fraud the American      Educational System.

We proctor all tests onsite in our center.

18 or older in age, and older who terminated their secondary education prior to matriculating by offering a nationally accredited, low-cost, self-directed, independent-study high school completion program through correspondence-based or online-based studies.

We provide this service at a very modest fee that is inclusive of all support to ensure success; tutorial assistance, and post-graduation services such as official enrollment or graduation verification; letters of recommendation to authorized third parties, and official academic transcripts on behalf of those graduates seeking to pursue higher education.

Pictured below is the first student that graduated from the program and received a diploma from the USA. This program is supported by the Department of Education in Florida. 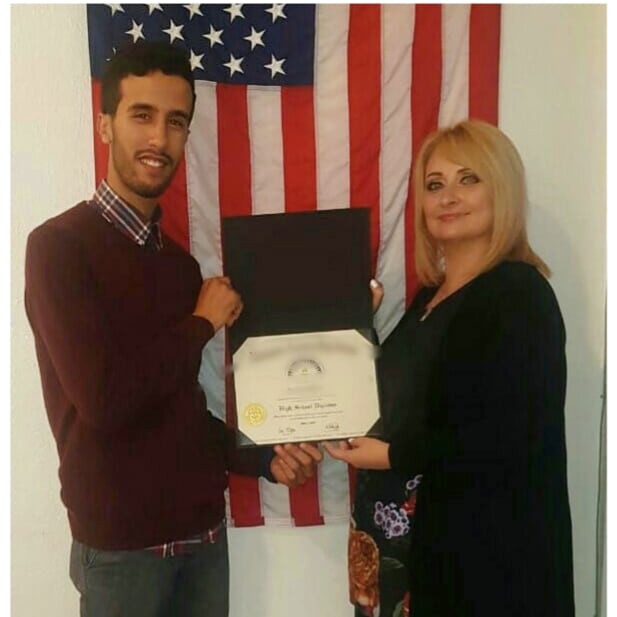 Early American History: Pre-colonial, Colonial, British rule of the Colonies, the American Revolution, French-Indian Wars, The Louisiana Purchase, The Texas Revolution and Mexican War, The American Civil War: Overview, Slavery and its role in the Civil War, Cessation of Southern States, Fighting the War. World War I – An American Historical Perspective. The Great Depression – causes and solutions, FDR and The New Deal. World War II – Rise of Fascism and formation of the Axis powers, United States’ involvement, Allied powers’ victory, the defeat of Japan, Birth of the United Nations, IMF, and World Bank. Post-World War II and the beginnings of the Cold War – The rise of Communism and the arms race, the NATO Alliance, the expansion of Communism and the growing threat to the US. Contemporary American History – The Korean War; the Civil Rights Movement; The Kennedy Era; End of the Civil Rights Movement; Crises in Southeast Asia- The Vietnam War; Invasion of Laos, Conflicts in Cambodia, US withdrawal, Nixon’s resignation and a final end to the war.

Ancient Egypt, Mesopotamia, Phoenicians, Hebrews, The Persian Empire, Ancient Greece, Macedonia, The Roman Empire: the conquest of Italy, early Roman government, the Punic Wars, Roman Law. India and Southeast Asia – Buddhism, Hinduism, and Islam; History of the Far-East: China, Japan, and Korea; Origins of the Chinese Feudal system, unification of China’s regions and development of a “Great Civilization”, the final dynasties, Chinese philosophers, the “People’s Revolution, Communist rule of China. History of South America: Native Ancestry, the Mayas, the Aztecs, the Incas. History of Africa: Early North Africa, Ancient Africa, contact between the Ancient World and Africa, the spread of Christianity, how Islam influenced Africa, Empires of West Africa, the Atlantic Slave Trade, Early East Africa, Early Central Africa, Kongo, and Portuguese influence, Early Southern Africa, formation of states in Southern Africa, the discovery of South Africa’s mineral wealth, European influences and exploits, abolition of the slave trade, Africa and the World Wars. Rise and Fall of The Byzantine Empire, Western Europe, and the Middle Ages, Early history of England, the influence of the Catholic Church in Medieval Europe, and the Crusades. Modern History- the Renaissance and the Reformation, the Age of Discovery, the rise of nation-states and the expansion of empires, How Russia became a nation, the Age of Absolutism, the Age of Reason – Enlightenment and the birth of the Scientific Method, the French Revolution, the Agricultural and Industrial Revolutions, Communism, the Triumph of Democracy and the struggle for equality

The above outlines the subject matter comprising our nationally accredited high school diploma program designed for individuals who prefer home schooling or an online high school completion program. Upon successful completion of these subjects, students will be administered a proctored final exam whose results will be factored into the student’s cumulative academic record.

This is an accredited program in the USA and approved by the Department of Education in the State of Florida.